The Amazing Spider-Man 2 (Xbox One) - Review 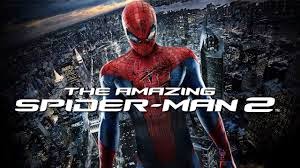 I live with two HUGE Spider-Man fans, my 5 year old son and my partner. There is nothing they enjoy more than wiling away a Saturday playing with Zach's numerous superhero toys. Except maybe if they could play on the Xbox. Well now they can! They were very excited whilst we were downloading the game, and I have to admit, even I was. I had enjoyed the first in the series on the 360, not overly mind, but it had been a good few days of bonding with my son over the web-slinging hero.

I wasn't sure what to expect from this game, I have to admit I normally find games that are born from a film fairly dull. They usually feel forced, a way to maximise earnings. Saying that though there have been a few games now that step away from that and this game definitely leans more that way, it isn't completely focused on the film so doesn't feel quite so repetitive as say Lego Movie the Video Game. My God was that DULL! I was hoping for some really cool bits in that game, a chance to really be a master builder. Boy was I disappointed and as someone who has to watch the film about once a week I really don't need to 'play' it too. Anyway I digress...

On the surface I felt that this game looked fairly impressive. The city from above looks beautiful, and swinging through the streets is pretty gorgeous. But get down on the floor - which lets face it we don't really wanna do anyway, we are playing a SUPERHERO game after all - the facade cracks a little and shows the game visuals up as a little dicey to say the least, the cars look particularly bad in my opinion. But we all play this game to swing around off buildings anyway so this doesn't pose much of a problem. What does though is the camera seemingly randomly switching angle at really inopportune moments i.e as you are attempting to swing up to a comic book page. You suddenly find yourself spiralling through the air as you shot your web just as the camera moved. This does grate quite badly, and really ruins any sense of immersion you might have felt.

This game features a lot of side quests but unfortunately not very many different types of side quests. They start off as quite fun, and it feels good to get your Hero meter to the top, until you realise that it is nigh on impossible to keep it there and still have fun. I found a lot of problems with the side quests - they seem to enter the 'red' territory very quick, these are the ones that need immediate attention otherwise you'll lose some of your heroic progress. That would be fine if it didn't feel like the ones that were going red were ALWAYS on the other side of the map, so then they would end just as I got to the block that they were on. This lead to very annoying cat-and-mouse type chase around the city as I went from end to end attempting to get to these things on time. Until I gave up. The final straw was the 'Save civilians from a burning building' type of side quest. I'd get there and start and deliver the last person to the little blue circle just in the last few seconds or so I thought. Until the FAILED sign came up and I heard a snarky news report about Spider-Man failing to help out. That riled me up no end (WHERE are the firefighters who's actual JOB it is to save these people? Do it your goddam self!) so I had to give up to save me throwing my controller at the TV. I did enjoy the side quests that saw you rescuing civilians from a car though, for about the first five. But I was good at them so I had more patience for them. The other type of heroic side quest was the beating up of gangs, which is a lot of fun and plays a lot like the Batman Arkham series of games. Actually I daresay it's a little better, due to Spider-Man's acrobatic skills. As fun as it is to beat up a few thugs, this is done a lot in the main story, so you do end up getting a little tired of doing it over and over. If you do not keep your heroic status high you enter the 'Menace' stage, which sees you targeted as a menace to society by the Enhanced Crime Task Force. These super-powered police men get really annoying REALLY fast, therefore they pushed me back into the tedious side quests just so I could avoid these annoying things, that basically follow you and shoot you down.

The main story quests in this game are pretty good, and I really liked the fact that you lead the dialogue between the characters, albeit in a fairly linear way. You can basically just decide which of the three questions to ask each character first, something I like because you can make the conversations happen in a more cohesive manner, in my opinion anyways. The story doesn't blow me away but it didn't bore me to tears either and the gameplay is pretty fun. The web-swinging does take some getting used to, and for a good while I was constantly bumping into things, be it buildings or cars. But soon you get the feel for it and I was soon swinging around NYC like a seasoned pro, even managing to swing around corners! (I know, I am easily impressed!).

The combat is where this game really shines I feel. It feels intuitive, like I'd imagine it would feel to be Spider-Man which can only be a good thing when I'm guessing that is the point of the game. I loved web rushing into an enemy and subsequently knocking them all out. I loved being able to stick weapons to the floor, telling myself that I'd really be peeing my enemies off now. I completed battles with ease, which in most games would lead me to moan a little about lack of challenge, but I'm playing a Superhero game, of course I want to feel invincible. Boss battles were a little more of a challenge, needing a little more thought into the best way to defeat your foe. But it was really good fun no matter whether it took two minutes or 15.

I liked the inclusion of Stan Lee in the game, and particularly enjoyed the fact that he owned the comic book store, where all of your collected comic book pages go. This is something I thought was brilliant too, seeing as everyone seems to believe that a game isn't complete unless you run around the game world collecting 100 random bits of crap, it was good to see that this game put some thought into it's hundreds of collectibles and actually gave you something tangible for your efforts, and not just an achievement.

Overall I'd say that even though there are a lot of little problems with this game, there is nothing that would stop me from recommending it. It was fun. I'd say grab it as a digital download so that you can load it up if you have a spare five minutes, just to have a swing around NYC. Yes it was repetitive in parts, but it had a certain charm. And who doesn't dream of donning an extremely tight suit, swinging around and beating people up?