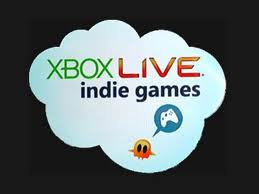 Lucky is available now on the XBLIG Marketplace for 80MSP.

As I've mentioned before I am a massive fan of point and click games. This game had my attention straight away and I feel very Lucky to have been able to review it. Ok that was awful...sorry!

The game has some of the most AMAZING graphics I have ever seen in an Indie game, even better than some XBLA games. They are truly impressive, but this isn't the only thing that makes this game worthy of the score given below. The story is intriguing, mysterious. The writing is a little hammy and over-stated but that can be forgiven. This story is actually quite refreshing. You play as a man, who after having a one-night stand with a girl said girl tells you you're going to die today. She's pretty horrid to the poor guy too. But she's right, on his morning jog he drops dead, and guess who's there to lead him through the afterlife? Yep the girl he slept with, inexplicably jogging in what looks like leather underwear...strange. Every time you see her she is in varying states of undress, something which might impress the teenage boys who buy this game but just felt pointless to me.
The music in this game is again, some of the best I've come across. Truly atmospheric. Fairly mellow most of the time, but dramatic when needed. It's honestly a work of art.
The riddles and puzzles aren't too difficult and the game progresses well. As mentioned before some of the dialogue is a little cliched but it is easy to forgive when presented with everything else.

Overall this game makes for an impressive point and click. It's pretty original, works very well and is truly a piece of art. The graphics and music alone are worth 80MSP to witness so this is a definite Buy It!