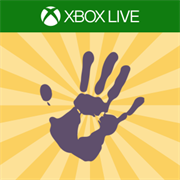 I'm baaaaaccccckkkkk. And I review games for Windows Phone's now too. Or I can anyway.

Gimme Five gets to be the first game I've ever reviewed for Windows Phone, so thank you to the dev - Shuboarder - for giving me a code when I've not only never reviewed a WP game before but have been on a bit of a break too. I was worried about how easy (or difficult) I would find it to get stuff to review. It means a lot :)

Anyway, Gimme Five is a simple quiz game in which you are given questions to which you have to give the five correct answers out of a board of nine possible answers. The range of questions is insane. I have played it for hours now and have encountered minimal repeats. Some are really simple - colours, fruits, animals etc. (though I did manage to enter "horse" as a colour last night. I was tired!) others are a bit more niche - Xbox 360 exclusive's, celebrities that didn't have children, things like that. There are geographical questions, historical questions and my personal nightmare Periodic Table questions. Argh.

Luckily there are three little "cheats" as my son likes to call them - power ups to you and me. You can skip the question, get the game to show you one answer at a time, or get it to remove all of the wrong answers off the board. This last one you can only use once, as far as I know, but that seems fair to me. You level up and accrue Kudos Points when you play which can be spent on continues after your three lives have been used or saved up to unlock new things on the Kudos Wall. There are loads of things to unlock and they include items that give you more time, more skips and more points per answer to name but a few. You can equip one of these at a time.

It's an incredibly simple game, one that probably has many of you thinking "Nah, not my thing" but honestly it is addictive. I have actually had the Xbox One to myself this week and have still sat and played this for an hour at a time. There's a leaderboard after you're done that shows your rank amongst everyone playing at that time, which is pretty neat and definitely brought out my competitive side. There are 1000g's up for grabs for those of you that hunt for them,and they seem pretty straightforward so far.

I do wish there was a vertical mode. I'm no developer and couldn't tell you the first thing about making a game, but I just feel that this game would have worked just as well vertically. As it stands you have to hold your phone horizontally as there are two screens, one of which show you the question and possible answers whilst the other one shows you your current score, your KP and your remaining power ups. I just think that it could maybe be possible to streamline this, but as I said I don't really know. I'd just be able to reach all the answers with one hand if I was able to hold it normally!

If the rumours of it's Xbox One release are true then I am very excited. It is a really fun game that I think will work well on the console and the possibility of maybe some versus modes or something is very exciting. It's definitely something I'd be interested in anyway.

I'd recommend Gimme Five to any of my readers who own a Windows Phone. It works well, I've encountered no crashes or anything and it is the perfect game to while away some time with. And the sounds you get when you get an answer right as just SO satisfying! It's a few quid guys, go get it!