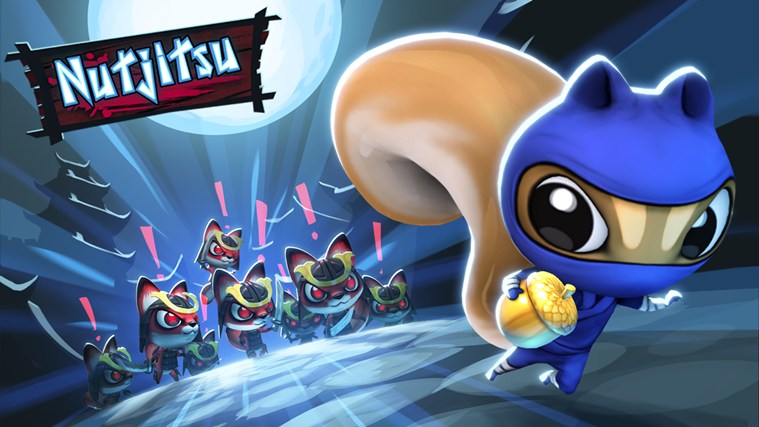 Nutjitsu is a randomly generated Pac-Man-esque romp through feudal Japan. You play as a squirrel who has to collect acorns and avoid the foxes patrolling the areas, trying to amass a high score. Or if you're me, only managing abysmally low scores.


Now this game started its life as a mobile game and unfortunately it does show in this iteration. This game would no doubt feel completely at home on a mobile device, but unfortunately it doesn't translate too well onto the big screen. The graphics are pretty good, the levels are beautiful in their simplicity, but all of this does not seem to be any better now it has moved over to the console. 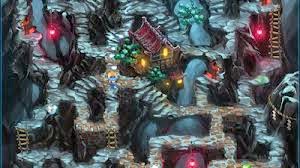 I think this is an opinion helped in no part by the music in this game, which is the same throughout. This certainly doesn't help in alleviating any negative thoughts towards this game when you are trudging through yet another level. EVERYTHING feels the same. Obviously games like this are like that, but it would have been nice to at least have a different theme for a different level setting or something. I understand that games like Pac-Man work because of their simplicity but this game feels like it errs a little too on the simple side of things for the time.

The main challenge in this game comes from the pure number of foxes that end up on the screen in the later levels. This is fairly easily overcome if you have enough coins to purchase numerous Smoke Bombs. These Smoke Bombs cost 2000 coins though so you may find yourself having to embrace the challenge. Saying that, it seems like he easiest way to level up in Nutjitsu is by using as many items as possible and indeed there are achievements for using items a certain amount of times. This mechanic makes the game feel like a grind. And that is definitely not a good thing in a game like this.

I found this review quite hard to write, as I know that if it had been a cheap mobile game I'd have rated it higher. But the fact is this is on the new gen consoles and it just doesn't compare to anything available on them. It feels like something you should be playing on the bus, not something taking up the prime viewing space in your living room. With a few tweaks this game could definitely be made better, but I still think it might have priced itself out of the market. If its ever on sale at around the £2.99 mark, I'd say Try It!

3/10 TRY IT!
A code was provided for the purpose of this review.
Posted by Danielle at Saturday, November 08, 2014