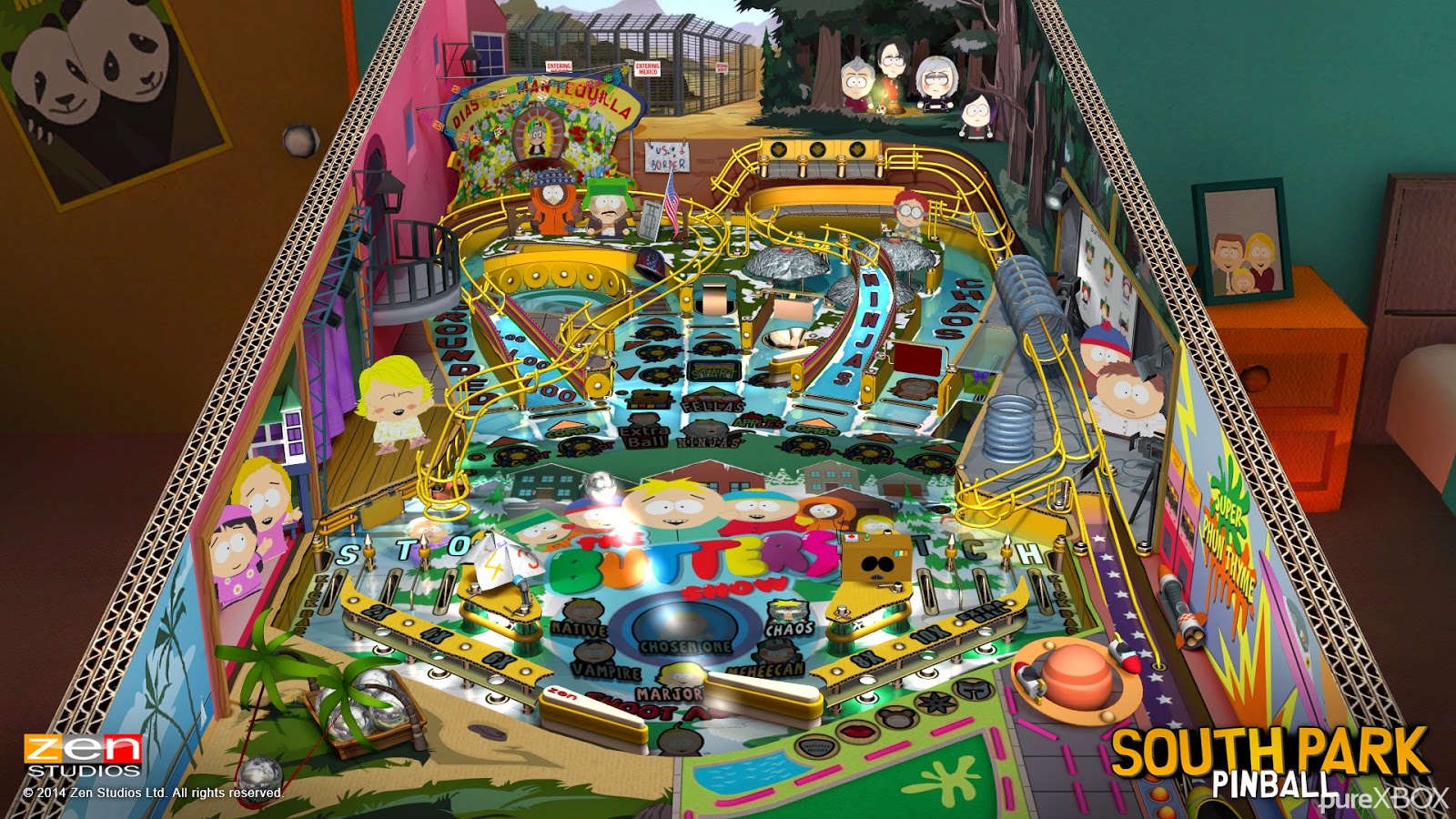 These tables bring the great fun of the South Park universe to the brilliant game that is Pinball FX 2. They feature sound bites and clips from the show which really helps these tables feel like an extension of the show rather than a game tie in. There are no bad voice-overs to grit your teeth through and the game stays true to the form of the show with its colourful graphics too.

South Park's Super-Sweet Pinball is the busier of the two tables, it's very frenetic but is all the more fun for it. There are plenty of modes on this table to unlock and they feature a myriad of the shows most loved characters. I won't go into too much detail with the modes, as I wouldn't want to ruin the surprise for any of you but suffice it to say that these modes are brilliant. 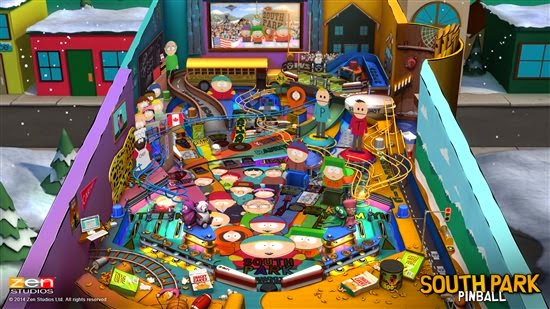 Butter's Very Own Pinball Game is the less chaotic of the two but this in no way means that the table is any less fun. There are fewer modes to unlock, but they are just as good and challenging as the other table.

These tables seem to be following a recent trend, in that the last few tables I've reviewed have seen a much barer lower end of the table. This is something that I am very grateful for, as I am not a very gifted Pinball player, and would often lose balls if the bottom of the table was a bit chaotic as I simply couldn't see the ball. I know, amateur, right? But these tables, as with The Walking Dead table (my personal favourite) leave the bottom fairly clear, leaving you with plenty of space to attempt to unlock the modes and, most importantly for me at least, keeping track of the ball.

The one criticism I have with these tables is that for what I imagine to be the core demographic for these tables, that being the more mature people that watch the show, these tables may feel fairly tame in comparison. In my mind if you watch the show you are aware of the humour featured, which at the very best can be described as risqué. There's plenty of bad language and really near-the-knuckle jokes, and this type of humour is missing in these tables. I imagine this is so that they could get past certification, after all this game could be played by young children. My son plays the Marvel tables sometimes and there is nothing to stop him opening the South Park tables really. Having said all this though I don't think the tables suffer too much for this, they still feel like South Park-y and are great fun. Go give them a try!