Boom Ball for Kinect releases on the 5th December here in the UK and is priced at £7.99. North Americans were able to download it from the 28th November for $9.99 - probably because they have much bigger living rooms than us, so they can use Kinect without dismantling the couch!

Boom Ball is a cute little puzzle game that has you standing in your living room throwing balls at blocks to empty the screen. It plays kinda how you would expect a goal keeping game to play if one was made for Kinect (My partner and son are both very keen on this idea!) You can step from side to side to see more of the playing field and you have to effectively stop the ball from leaving the screen so that you may be able to clear the level. You get a maximum of five balls you see, and there are often many, many more blocks than that on the screen.

I thought the game played really well. It is the first game I've bothered to use my Kinect for since getting the One, unless you count yelling 'Fire Arrows' over and over when playing Tomb Raider. There aren't really many games out for this generation of Kinect that utilise it in the same way the last one did, but more than that I think I was so put off the experience by Kinect 1.0 that I have stayed away from the few games that do require me to get off my butt (although you can play this sitting down, you just won't do as well). With Boom Ball for Kinect though it felt very responsive, there weren't really any moments of utter frustration at having your movement misunderstood. I sucked at the game because I sucked  at the game, not because Kinect sucked, which strangely enough is much nicer than feeling like the hardware is stopping you from getting gold medals. 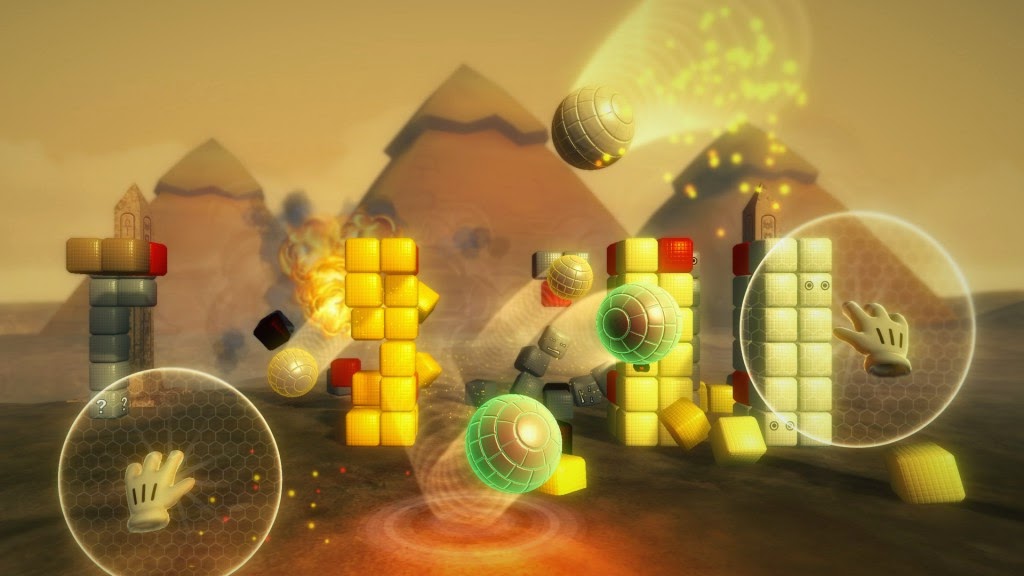 But maybe Kinects responsiveness lies in the simplicity of this game. It doesn't try to do too much. It is a block-busting game. You can hit the blocks, move side to side and zoom in on the menu and thats about it. But it doesn't need anything more than this. Boom Ball for Kinect makes a fun little party game, perfect for this time of year as families start congregating at each others houses. And the fact that this had no trouble going from my 6'4 partner to my 3 foot tall son means that there will much less arguing if we do get the whole family round. Saying that, when my two year old daughter toddled in the way of the screen whilst we were on the menu it did cause some confusion, but this didn't seem to be a problem when we were in the game proper. 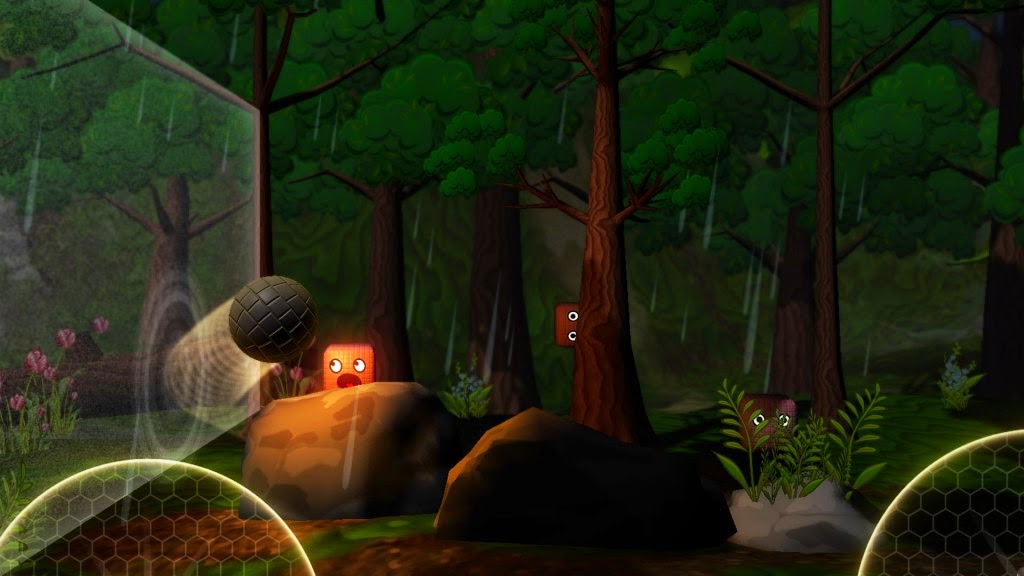 My five year old son saw me playing this game and thought it looked pretty cool, so I thought I'd let him have a go at playing reviewer for a bit. He had a good go on the game and did pretty well, especially when you consider that he NEVER stops jumping and bouncing. He's very excitable. Anyway the game had no trouble picking him up at all, which was brilliant - I remember when we had the old Kinect there were a lot of tears when he was trying to play Kinectimals, it just couldn't pick up his tiny arms. Anyway I digress; At one point three of us were taking it in turns to play a level and the game seamlessly let us drop in and drop out, which is exactly what you need with this kind of game.

Zach thought this game was 'loads of fun' and I have to agree. If you're after something a little different this holiday season than you could pick up much worse.