Tower of Guns (Xbox One) - Review

When I first heard of Tower of Guns I expected it to be a tower defence game, a game type I really enjoy. Then I found out it was an FPS bullet-hell rogue-like in procedural environment, like Ziggurat, a game I have recently reviewed and loved. Tower of Guns had a LOT to live up to.

I'm gonna cut straight to it and say that Tower of Guns does not stand up next to Ziggurat at all favourably. Unfortunately Tower of Guns feels like a cheap attempt to cash in on any success Ziggurat may be having. And when you have one rogue-like procedural shooter, do you really need another?

The answer is of course no, one will suffice for most people so unless you are the biggest fan of this type of game to ever grace the planet you will likely only choose to buy one of these games. To make it easier for us they are both the same price. 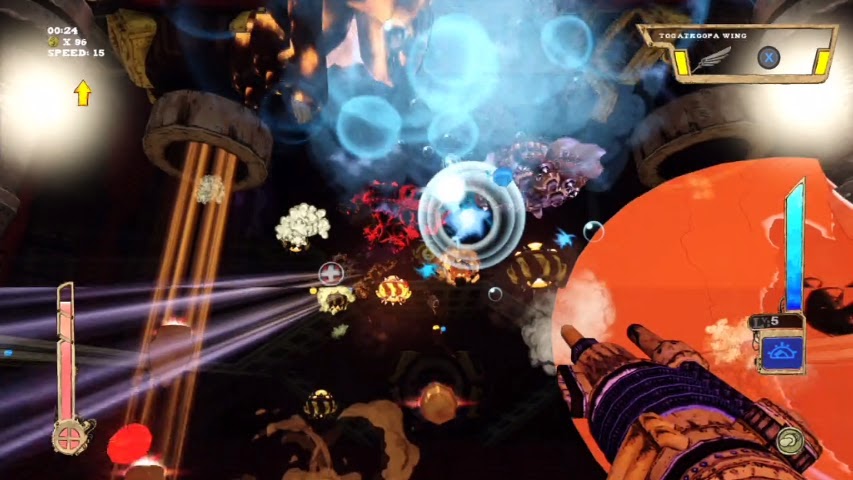 Anyway let me get back to Tower of Guns for now. From the off the game feels cheap. I feel like this game may still have verged on the too expensive if it was priced at £7.99. The graphics aren't the greatest, the sound is just simply awful and the gunplay sin;t nearly as polished as I have come to expect from this type of game. It's unfortunate that I can;t really talk about Tower of Guns without talking about Ziggurat and how much better that game is. Ziggurat offered a polished foray into the world of the rogue-like. Tower of Guns on the other hand feels rushed and completely lacks even an iota of the polish of Ziggurat. With Ziggurat the gunplay was tremendous, aiming with pinpoint accuracy was a doddle, and fun to boot. Tower of Guns feels difficult to play, not because of the enemies, but because you feel like you are constantly wrangling against the controller.

As mentioned the graphics for this game are certainly sub-par, menus feel cheap and even the supposed to be humorous descriptions of the guns fall short of the mark. Tower of Guns is out of its depth, when really on the Xbox One market there shouldn't be much competition.

It pains me to say this but skip it please. This game offers no real value for money. If it was cheaper than Ziggurat I may have been able to say try it to the people who maybe can't afford Ziggurat. Pricing it at the same point seems like a really silly move, and I have no qualms pointing you towards my review of Ziggurat here http://dkplaysgames.blogspot.co.uk/2015/03/ziggurat-xbox-one-review.html and telling you that if this genre of game interests you then go and get Ziggurat instead.

1/10 SKIP IT!
A code was provided for the purpose of this review.
Posted by Danielle at Thursday, April 16, 2015 No comments: