Digital Distribution and the Loss of High Street Stores 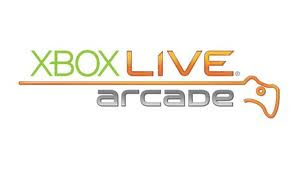 Being able to download games from home has meant my game collection has gotten unbelievably huge. Seriously I now have a collection of well over 400 games over my Xbox 360, PS3, Mac and 3DS. At least 150 of these are XBLA or Indie titles (Xbox being my favourite console!). I appreciate being able to download a game on a whim. I appreciate being able to have a game I want without having to go out and get it. But it's not always how I want to get my games.

That might sound incredibly awkward and I really don't mean to be this awkward. But don't you think the current availability of 'Games on Demand' makes us this way?  We now have the choice between having games delivered straight to our computers on the day of release, or going to the shop, queuing, hoping they've got it in stock and coming home. Downloads are readily available again and again, so you'll never know the pain of a broken disc. Downloads never run out (to my knowledge) you're never going to be told to come back tomorrow, or try another store. Which is great, you know you're not going to be behind the lucky sod who gets the last copy, but don't you think it's taking some of the magic away? It may sound childish but I love going out specifically for a game. I can wander round the shops, get info on new releases and look at older games I had never considered before. Some of my best loved games are the result of 'last-minute' buying at the checkout.

I understand that all the information you can glean from staff in the games shops is readily available on the internet but don't you feel like you'd be missing out on an experience? Chatting to other gamers about your purchase, exchanging GamerTags to play online, discussing tactics and DLC. Gamers are a community, and whilst it is mostly carried out online, via forums etc. why should it only be available there? 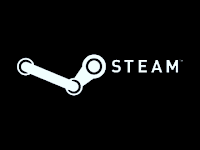 Midnight launches are a rite of passage for most gamers, an absolute must for some. I have a friend that goes to every midnight launch, just because he likes the atmosphere. Do we really want that atmosphere to disappear? If more games become available for download on the day of release, game shops will start to become redundant. One day maybe all games will be a digital download. But then what happens to the shiny stuff you get in the special editions? Posted to you a week after release, or gone altogether? One day maybe there won't be anymore game shops on the high street, who knows?

We saw this nearly happen earlier this year. It hit me pretty hard to be honest. I had just finished Xmas temping at my local GAME store, a job I loved. I thrived off being able to advise customers on other games they might like, what to buy their technophobe dad’s or the latest game for the little kids. The people who work in GAME stores, in my experience are some of the nicest people you will ever meet. We would gladly spend an hour helping out one struggling customer and love the rapport we build with our customers. All that was threatened when a few deals went wrong. Many people were left jobless. Stores shut up and down the country. Every hour there seemed to be another piece of awful news regarding GAME and Gamestation. It was gutting, for everyone involved. And every single gamer wondered what the hell was going to happen next.

Luckily GAME were given the help they needed to keep some of their stores open, leaving gamers with our haven for awhile longer. But for how much longer? The rise in Digital Distribution and supermarkets undercutting everyone is going to be seriously damaging in the long run. Was this just a sign of things to come?

Whilst it is great to be able to just grab a game you fancy without moving from your sofa (funds allowing obviously) it is also great to go out and grab it and read the case and manual on the bus on the way home. Theres a sense of nostalgia to a manual, and you just can't beat the smell!!

I love the XBLA titles and love that they're only a simple transaction away (pretty sure my bank balance doesn't though!) but I would never dream of owning a full 'retail' release on anything other than a nice shiny disc! So I guess I should say I like to have my cake and eat it, I sure wouldn't like to be in a position where one or the other was unavailable.

Downloads are great but discs are great too and I think it is important to find a happy medium between the two, so that they don't end up canceling each other out.