I Am Bread (Steam) - Review 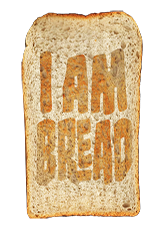 I Am Bread is available now on Steam and is priced at £9.99.

There has been a slew of absolutely mental 'experimental' games on Steam in recent years. Games like Surgeon Simulator and I Am Bread have really taken off, which is probably purely because of how funny they are to watch people play on Twitch and YouTube. But how is I Am Bread to play for yourself?

These games have gained popularity because of how difficult they are to play. The controls are deliberately extremely difficult to use, let alone master. I Am Bread is no different, it thrives off making you scream out in frustration as you get stuck on yet another environmental set piece.

You play as piece of bread, who's sole goal in life is to make himself toast. To do this you must make your way through various rooms in the house, until you find a source of heat good enough to toast yourself on. Let's be honest you've probably all seen Let's Plays of this game by now on YouTube.

I Am Bread is just as frustrating as you imagine it to be when you're watching it. The controls are ridiculously difficult, I honestly struggled to even move my piece of bread, let alone flip it over to the toaster! I didn't plug in a controller though, as I only have wireless ones so I was stuck using keyboard and mouse. I do think it'll be a little easier with a controller, but not much more. Honestly I bet there have been a fair few broken controllers whilst playing this game.

If you're after a game that'll give you some cheap laughs then you could do worse than picking up I Am Bread. But in all honesty I had more fun watching it on YouTube. I don't do well with frustration.

4/10 TRY IT!
A codes was provided for the purpose of this review.
Posted by Danielle at Tuesday, September 22, 2015