Funk of Titans (Xbox One) - Review

Funk of Titans released this week on the Xbox One priced at £7.99/$9.99. Billed as a fast-pace side-scrolling platformer you play Perseus, a guy told by Zeus to go and slay the musical titans that are Pop, Rap and Rock so that Funk can prevail.

To do this you must master the art of 'Funk Fu' which means basically you must be able to time your button presses, on the Xbox One 'A' jumps and 'X' attacks. To get through each level you must basically jump and attack at the right time. And that's it.

Perseus does not stop moving so timing really is everything. You'll find various obstacles in your way, including random fires and spike pits, as well as the weedy little guards. Bounce on their heads a la Mario or cut them up with your weapon the choice is yours...but this is the only choice you have in this game really. And if you're looking for 100% completion you don't even have that. To get 100% on each level you must earn three medals; 'Intactus' (completing the level with your jacket still on), 'Vinylus' (collecting all of the vinyl) and 'Pegasus' (for getting the Pegasus, a wooden horse with a rocket attached). The vinyls will sometimes be resting on an unknowing guards head, therein forcing you to jump on it.

There are some customisation options, but except for some of the weapons (which you will need to unlock certain gates) they offer no difference in gameplay. I would have thought that having a helmet on would you give you one extra hit pint, but that isn't so. If you get hit once then your jacket falls off. Get hit again and you die and can retry from the very beginning of the level. There are no checkpoints, which usually I wouldn't miss given that the levels are so short, but they are so dull that having to go from the beginning again honestly feels torturous. 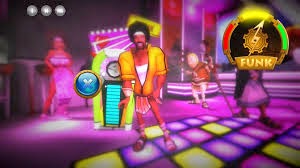 Getting the Pegasus from each level grants you a 'Flappy Bird'-esque level in which Perseus flies on his Pegasus and tries to collect coins and most of all, not crash. The whole game just feels like a fish-mash of non-original ideas. The 'Titan' levels are a dance off between Perseus and the Titan of that level. You watch them do a dance and then you press buttons to complete your dance. There is no rhythm in these button presses - they just pop up in the position they are in on the controller randomly. I mean you have to press them before they disappear but for a music game this should really have been a more timed event. Something scrolling along the bottom I feel would have been much better, where you have to hit the button at the right time, and most importantly in time with the music to progress.

Graphically the game is pretty nice and the music would have been great...if it didn't repeat quite so much. The controls, whilst nothing new, do work well and are responsive. The game has clearly been made well, it is just the idea of it that I can't get behind.

I feel awful slamming this game, I really do. I wanted to like it. I always want to support indie devs, but I can't recommend this game. It should have been a mobile game. But saying that, that market is so saturated with games like this that Funk of Titans maybe wouldn't have gotten the recognition it deserves on that format. It would have worked wonderfully there though the price point would have had to drastically change on mobile devices for it to ever get a look in. As it stands I think this game will flounder somewhat in the competitive console market, and whilst it's priced at £7.99 I believe it is just too high to just take a punt on.