Red Johnson's Chronicles: One Against All (XBLA) Review 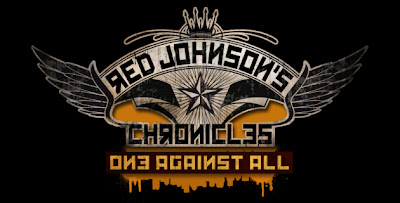 This is a game I hadn't heard much about until it was almost release day. I immediately contacted the devs in anticipation of what I believed would be an amazing game! I have long been a lover of point and click adventure/puzzler games and some of my favourite games of all time are the Broken Sword games. In my head I imagined Red Johnson to be something like that, and it was in parts but unfortunately in others it really fell down. 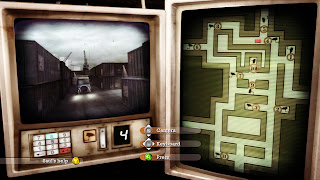 The graphics are amazing there are some really good character design and settings. The music is good as well, it really brings you in to the 'noir' feel of the game.

Now I mentioned the character designs are good and they do look spectacular. But one of my very petty niggles with this game is that the characters are so unoriginal! Red Johnson is a red head pretty boy...doesn't sound too bad right? But later you meet his brothers, Black and Brown and you'll never guess...but they have Black and Brown hair respectively *groan*.

As I said that is a pretty petty thing to be annoyed about with a game so I'll get on to some of the more important negatives of this game. The graphics are great for all the places that Red visits but there is something missing...any movement WHATSOEVER! The game moves between static screen and static screen which all becomes very tiresome. The loading times are pretty ridiculous too to be honest. Once you click on a puzzle in the area it has to load again for what seems like ages and then this is where my biggest problem with this game makes it's appearance...once you have entered into a puzzle you CANNOT back out until it is COMPLETE! I find this a really ridiculous outdated way of making sure you stick around to complete. It makes the game impossible to pick up for twenty minutes or so because once you're in a puzzle the only option is to quit out and lose your progress. Really, really annoying. 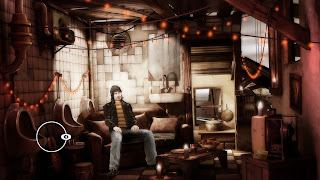 To be honest this game doesn't seem to do much right. The quick-time events feel forced and pretty tedious, as does most of the dialogue and some of the puzzles. There just doesn't seem to be much sense to the game, which isn't always a bad thing but with a point and click adventure I do feel that it is pretty much necessary. The game falls on it's ass pretty much every time it tries to be funny too, really not good in this game genre.

There are some good points though. Some of the puzzles are very clever and if you have plenty of time then the not being able to back out and come back later won't really bother you. Also you shouldn't really ever get stuck thanks to the in-game hints system which sees you buy hints to help you progress with the puzzle. The game is only 800MSP and you do get a lot of game for that so if you are into puzzler point and clicks go for it, you'll probably enjoy it. If you have already played the Red Johnson game that was released on PSN awhile back, apparently you shouldn't bother with this one. I never played that one but reports suggest that this game is pretty much regurgitated puzzles from that game.

Overall whilst I wouldn't say I particularly enjoyed this game, it wasn't that terrible either. Worth a try!

5/10 TRY IT!
A code was provided for the purpose of this review.