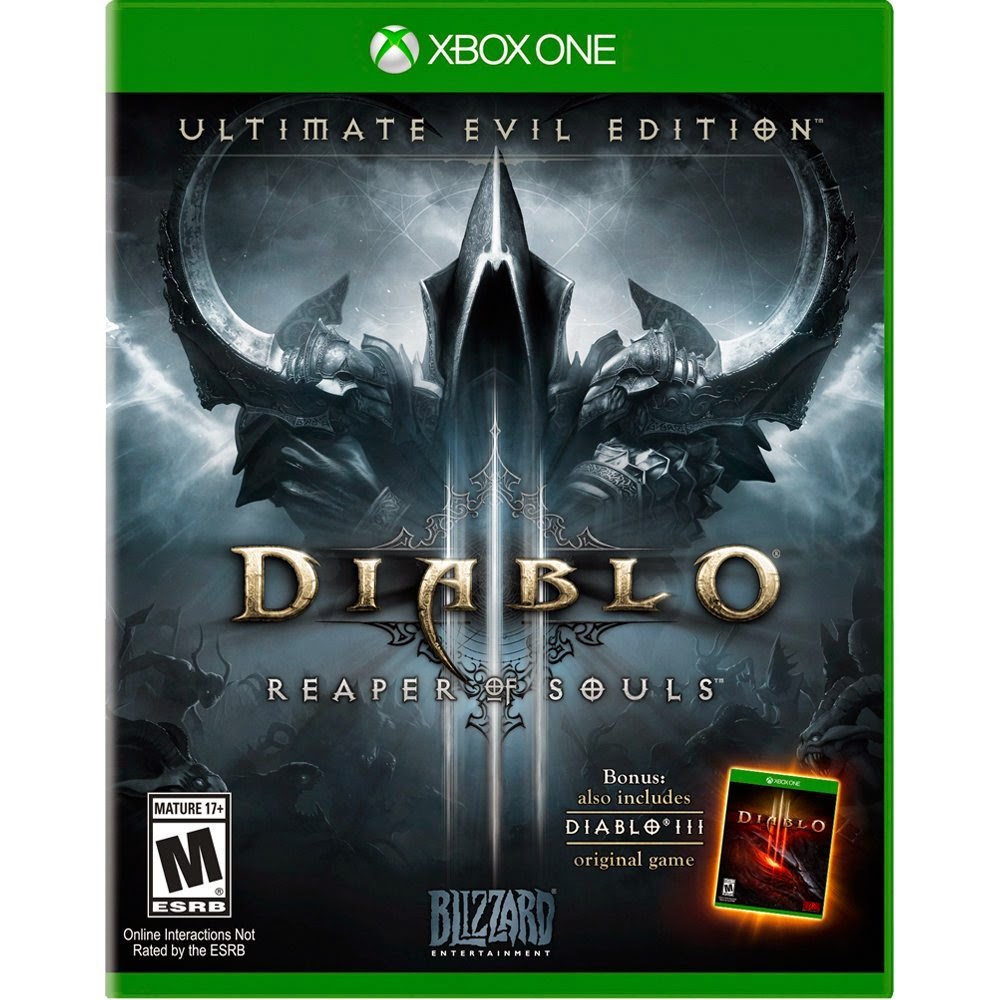 Diablo III: Ultimate Evil Edition is, quite honestly, the type of game I usually dislike, at least a little. I find that they normally lack a cohesive, engaging narrative and soon dissolve into a mass of button-mashing whilst mindlessly travailing the extremely linear path set out for you.

Now if you expect Diablo III to not feel a little like the above at some points then you've clearly never played a dungeon crawler before. But even though that style of game usually sees me scrolling through my Twitter feed in one hand, whist mindlessly bashing a random sequence of buttons on the limp controller in my other hand, I enjoyed Diablo III. Immensely. Let me tell you why...

So the first time I put this game in I wanted to really test myself. I decided to play it solo (or rather my co-op partner was at work!) and went straight away for the highest difficulty available to me. Now if you know me at all you will know that this is completely NOT what I would normally do. I'm a cautious gamer on my first play through of any game, I usually play through on mid-difficulty for the first play-through, telling myself it is because I want to 'fully immerse myself in the story'. This isn't true. My choice in difficulty level usually boils down to one simple fact: I'm shit-scared of most things and HATE repeating because I died.

So after choosing this difficulty and commending myself on my bravery I then did another silly thing that is completely UNLIKE me. I chose to play my FIRST EVER game of Diablo in 'Hardcore' mode. Hardcore mode means that if (or rather when) your character dies they do COMPLETELY DIE. No do-over. No second chance. They are just GONE. Or in Diablo III, all progress in the story is lost but your character 'Will be remembered'. The only other game I've ever played in Hardcore mode is Fallout: New Vegas. And that is because the VATS system rules. And I am a pretty awesome adventurer.

So my first ever character created for any Diablo game was Mallory the Demon Hunter, (NOT the character pictured above, more about her later). Later, reading up on Diablo on some forums I discovered that this is the class most people would STAY AWAY from if they were to play the game solo. Awesome. I started my game thinking 'Ah well, it'll be a fun 15 minutes'....

But my character is STILL ALIVE TO THIS DAY. I am still in a state of shock really. I played with Mallory for a couple of hours, getting more and more nervous, especially when I got any cool stuff, that this battle would be her last. For the first hour I told myself I didn't care, but after that I couldn't hide it anymore...I cared about her a lot, and knew I would be extremely mad if I lost her because I'd ticked one stupid box. I got to the bit where you find the fallen star with her and then had to quit to make the family's meal.

Coming back to it that evening my partner and I decided to play together. Not wanting to subject Mallory to anymore torture today (and to be honest wanting to keep her away from any game that my partner was playing with me because really he is an AWFUL co-op partner!) I created a new character. Valeri, the wizard (see picture above). Sam picked the Demon Hunter class and away we went.

So instead of boring you to death with more of the same I'll get on to the meat of the review, the stuff you all come here for...Should you part with your hard-earned cash for it or not?

The answer is a HUGE YES. As I said above, I'm not really a dungeon-crawler fan, but I have sunk many an hour into this game now, and I am still hungering for more. I go through every are with a toothpick in order to get the most loot. I beg my partner to play 'just another hour' until it's 3am and we both have to be up in 3 hours. Missing out on this game is truly missing out on one of the greatest games on the Xbox One so far.

Yeah, it has some issues (which games DON'T?) but they pale into insignificance when faced with how much fun this game is. The 'A' button can be particularly annoying, as it is used for your Primary Attack, but also to interact with the world around you and to move to different areas - we often found ourselves going in and out of the same door due to the fact that there were enemies waiting immediately inside. And sometimes the auto-aim can be a little bit silly and instead of aiming at the more immediate danger, i.e the guy right next to you, it aims at someone about 20 feet away. But all is forgiven Diablo III, I love you despite these things.

And the good stuff is really GREAT. Visually the game is GORGEOUS, with beautiful landscapes and scenery and gorgeous character designs. The story is good too, albeit not the best but good, especially for a dungeon crawler. The voice acting is a little hammy, but again it's to be expected from this type of game. And one of the best things about this game is that you don't feel like your'e being babysat. The tutorial doesn't force itself on you, interrupting the action to tell you to use the LS to move (like anyone REALLY doesn't know that?!). Instead it is the reassuring friend in the background, there for you to glance at to know you're doing the right thing.

So if you haven't already guessed, or if you're one of those who just skips to the end of a review for the 'answer' so to speak, this game should definitely be on everyones Xbox One shelf. It managed to charm me. which is no easy feat, especially considering my lack of love for the genre. But after playing this game I would't be without it, and I look forward to my nightly visits to a dungeon. So grab a copy and join in!

10/10 BUY IT!
A promotional copy was provided for the purpose of this review.
Posted by Danielle at Monday, September 15, 2014