So I've been thinking long and hard about this. It's been another good year for us gamers and I wanted to acknowledge the best with the Dannie Kitten Gaming Awards!

By the end of 2011 I had had a pretty good year...I had a difficult pregnancy which meant plenty of bed rest and time with my Xbox just as Skyrim hit the shelves. Then my life as I knew it ended. I wanted to spend all my time as Thalia, my Redguard adventurer.

This year couldn't possibly have topped that....or so I thought. But it turns out this year had some goodies in store for us. So here it is, The Dannie Kitten Gaming Awards 2012:

Game of the Year: The Walking Dead

This was by far the easiest decision I've made. This game is perfect! The first episode was amazing when I first played it, but TRUST ME it gets so much better. I know a few people who didn't buy the game based on the first episode and all I can say is PERSEVERE. I enjoyed it anyway, but when my save miraculously disappeared most of the way through Ep.4 I had to go back and replay and yes I did think it felt pretty slow and drawn out. But by then I knew the awesomeness that was coming next so it was easy to go through it again. The game is game-as-storyteller at it's very best and should be way up there on everyones lists of favourite games. To cut a long story short...GO BUY THIS GAME NOW!

XBLIG of the Year: Smooth Operators 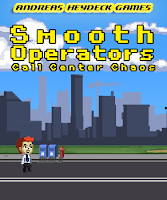 Now I know I have already given out my award for Game of the Year but I feel this game deserved a special mention. So I created an award for the Indie games and this is the winner! God this game is good! I have long since been a fan of sim games such as these and when one came to the XBLIG market I had to have it. And it really didn't disappoint. Giving this game this award was such an easy choice to make. It is easy pick-up-and-play fun, but trust me it isn't so hard to put it down! I have sunk many many hours into this game and I still find it fun. Pick it up guys!


Character of the Year: Kenny (The Walking Dead) 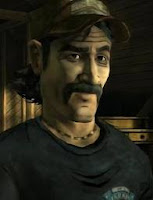 This is probably the toughest decision I have made in this post. We have been treated to so many convincing characters this year. But Kenny had to win it. Kenny has been one of my favourite characters from a game EVER let alone this year. This guy is amazing. A family man from Florida who just wants to protect his family from the Zombie infested world. He goes through a lot, and comes out the other side pretty broken. The emotion that went into animating this character and voicing him is truly experienced as you play alongside him. I love Kenny. That guy deserves a medal.

Let's be honest here, when an Indie game attempts to do something different, it almost always falls flat on its backside. This game really doesn't. I don't know why I was expecting this game to be bad, I just was and it was actually REALLY GREAT. The single-player Survivor mode is fun enough, but this game has fully-fledged online multiplayer mode which always seems to have plenty of people ready to play. For 80MSP this game is a real steal and again, should feature on everyones game list.


Multiplayer of the Year: Mass Effect 3

This game carried with it A LOT of controversy when it was released way back in March. I'm gonna hold my hands up and say this...I don't know what all the fuss was about. I think the game was great. For me Mass Effect was about the journey, I wasn't too fussed by the 'three choice ending' because I actually thought it tied up all the stories pretty well.

So now I've got that out of they way, let's get on with explaining why this game wins this award. For me it's simple....it's bloody good. But for those of you wanting a little more explanation than that (can't say I blame you!) here goes. This is the first time Multiplayer has been included in a Mass Effect title. So it could have been shocking. It isn't though, and in the first few weeks of owning this game I sunk as much time into multiplayer as I did the campaign. I think it ties in nicely with the campaign too, increasing your 'readiness' for the grand finale. And it works well. There isn't really anything I found annoying with Mass Effect multiplayer, which is pretty rare. And they gave us TONNES of new content for free so it didn't get old. You can play as so many different races and classes that you can make the experience different every time. There are varying difficulty levels, and trust me they get hard! But it's all part of the fun with this game, it doesn't get as annoying as other online shooters and added bonus for me and my fella...the game has two discs, and BOTH of them include the multiplayer, so we can play together without forking out so much! Yay!

Co-op Game of the Year: Minecraft

I doubt there are many of you that haven't at least played Minecraft or one of it's many, cheaper clones. I hadn't played Minecraft until it was released on XBLA this year and my boyfriend begged me to buy it. So I did, and so did our friends and we spent agggggeeess building a world together. This game gets co-op game of the year because it never really gets old. If you read my blog you know I'm always on the look out for co-op games to enjoy with my friends and family, but many of them get old fairly quickly. This one doesn't. Maybe it's because it doesn't really have a main objective so you can set your own depending on what you feel like. I don't know what made this such a favourite for me and my friends but it is and it is a game we keep going back to. It is pretty dear at 1600MSP but it is a game that you will never actually complete...so that seems like pretty good value :p

This game is another I have reviewed this year and loved. Living with a guitarist means we have every music game ever in our house. It also means that, unfortunately he wasn't ready to even give this game a chance, due to the lack of a plastic guitar (sad I know) I made him try it and he actually likes it. But I LOVE IT. For me it has taken everything that is most fun about a music game and made it even better. Listening to music...yes fun. Playing a game whilst listening to music...yep fun. Doing it without going through the rigmarole of digging out paraphernalia...EVEN BETTER! The tracklist for this game is amazing, and even better all of my DLC moved into there to make for a pretty full roster. The power-ups make this game a must have for me, and it is a game I keep going back to if I want some quick, easy fun. Pick it up guys!


Graphics of the Year: Far Cry 3

Beauty is in the eye of the beholder so I don't expect everyone to agree with me. I gave this award on the basis of what game, upon entering the game world, made me say 'wow' and this has to be it. This game is beautiful! The characters are well envisioned and the Island is simply gorgeous. Climbing to the top of a Radio Tower and looking out everything looks amazing. There doesn't seem to be any rendering, like in Skyrim, everything is there in all it's beauty. It is an astonishing world that has so much to offer to us gamers, it's amazing graphics are just the icing on the cake. 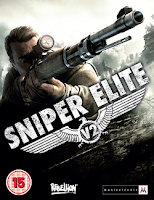 I wasn't originally going to create awards for specific genres of games, but I thought I would make an exception with this one. Almost everyone has got at least a little disheartened by all the carbon-copy shooters coming out year after year. This game offers something a little different. Yes it's still a shooter, and you don't have to play solely as a sniper, you can still run and gun. BUT if you persevere and stick to being a sniper, you are rewarded with some amazing slowed-down close-ups of your victim. The camera follows the bullet THROUGH the body, wherever you hit and goes into X-Ray vision, showing you the shattering bones in all their glory. SO MUCH FUN. My dad even managed a shot straight through the enemies testicles...now that was fun to watch!


Most Frustrating Game of the Year: Spelunky 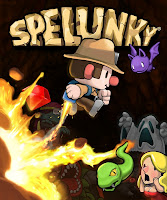 And now, simply because I don't feel like I have enough of my favourites of this year on this list I am going to give you a list. This list will contain my top ten picks of the year, after all of the above. It's a kinda 'Best of the Rest' if you will. So here it is:

1. XCOM
A truly great turn-based tactical shooter. I'm not one for turn-based games but this one is brilliant!
2. Dishonored
Reminds me a lot of the old Tenchu game on PS1. Play how you want, sneaky or full scale attack. Amazing game with great graphics.
3. Spec Ops: The Line
A great cover-based third person shooter that actually makes you feel bad for the decisions you make.
4. Deadlight
This 2D platformer features beautiful 3D environments and is SO much fun to play.
5. Game of Thrones
As a massive fan of the show and the book, this had to feature on the list!
6. Real Steel
I have never watched the film and don't even have much interest in Robots or fighting games, but this game had me hooked.
7. Hitman Absolution
Whats not to love about this return to the amazing Hitman games?!
8. Rocksmith
It's strange that I like this so-called 'game' so much, but it does provide some fun whilst teaching you to play your favourite songs on the real guitar.
9. Family Guy: Back to the Multiverse
I know it got slammed pretty much everywhere, but I had a lot of fun gunning down my friends on this game. Take it as a bit of fun (and get it cheap) and this game can provide a lot of laughs.
10. I Am Alive
A game that was originally meant for retail release and instead released on XBLA. The characters are well written and the graphics are beautiful. A great post-apocalyptic game.
Posted by Danielle at Saturday, December 29, 2012