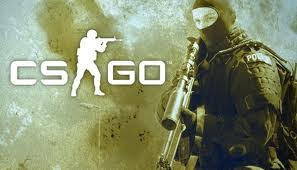 Counter Strike: Global Offensive or CS:GO as I'll refer to it from now on is a complete overhaul of the original Counter Strike from way back in 1999. Counter Strike has always been well known for it's addictive, team-based playing style and with the release of CS:GO the trend has continued.
Everything has been re-done for this game. From the new engine to the character models and even the sounds, this game has basically been built from the ground up, it is just based on a game we all know and love.
Counter Strike has always been based on skill. REAL skill, not the kind of 'skill' you see day-in day-out in other FPS lobbies. Run 'n' Gun here and you'll be dead. These games have always had team tactics at their core, and CS:GO is no different. In this game you have to play as a team to reach the objective, there are no advantages to being a lone ranger. There are some players, that are probably coming new to CS as a series who are finding this difficult to learn. They're easy to spot though! 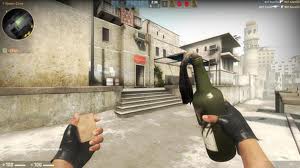 Now I'm not saying that this tactical play has come across perfectly to consoles. The game, when played with the right people does pretty damn well, but if you get a new era team in you're screwed. Tactics, whilst they are supposed to be important, unfortunately aren't if you've got the wrong players. There are far too many who are playing it like CoD.
I have to admit, after playing all the CoD's, Battlefield etc. when I first loaded this game I was thrown by the lack of a sight, and I was playing pretty badly. This game is all about learning what works and what doesn't for you and your team. Get a LAN going with your friends and this game is literally the perfect shooter.
There is no 'red screen' regenerating health in CS:GO, no cinematic story to keep you going, no concept of levelling up and nothing in the way of perks. This game is FPS taken back to it's roots. You die, you stay dead and have to watch as the rest of your team either die or complete the objective without you. It sucks. And it definitely pushes you to try better next round, who wants to be left out of the fight?!
There are two games that are played in multiple rounds, Classic Casual and Classic Competitive. Basically eliminate the other team before they do the same to you, or be the first to complete the objective. Nothing new here, but trust me this game is addictive. The objectives to be completed range from rescuing hostages (or stopping them from being rescued) or bomb planting/diffusing, something which every CoD player will be aware of. The differences between the two modes are these: Classic Competitive sees you playing 30 rounds, earns you money and lets you shoot your friends. Awesome :) 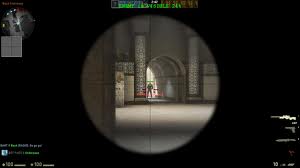 Two more modes were added to this game, Arms Race and Demolition. Arms Race is another that most people will be familiar with, as it has recently been seen in CoD and Battlefield. You all begin with the same weapon, each kill gets you a new weapon until you reach the golden knife. Kill someone with this first and you win. This mode does let you respawn, the only mode in CS:GO that allows this. Demolition sees the weapon progression of Arms Race taken over into Classic mode.
Overall I think this game has made a great crossover to the consoles. It plays really well and is a welcome change from all the arcade-like shooters we see saturating the shelves these days. The fact it is an XBLA title is brilliant, just pick up and play whenever you're in the mood. This game is the shooter for the thinking person, and when everyone realizes that this game will become INFINITELY better. This game receives the 8 rather than higher mainly because for now, it isn't doing what it should be doing. But as I say when the arcade shooters leave, this game will be well worthy of a higher mark. If you like tactical based shooters this game is the one for you!

Posted by Danielle at Thursday, September 06, 2012