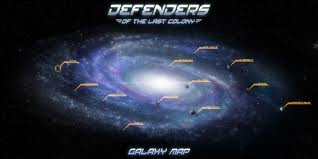 Defenders of the Last Colony is a unique mix of twin-stick shooting and tower-defense. Available now on the XBLIG Marketplace for just 80MSP.
Up to three others can join you as you try to defend the last colony from alien invasion (and trust me later you will definitely want your co-op buddies to help out!). Pick one of two classes, Engineer or Fighter, and you're good to go.
Ok so this game works like so. Between waves of enemies you (and any teammates) have the opportunity to lay down barricades to help you defend the colony. Once they start to invade you switch to a twin stick shooter set-up and annihilate the alien race. 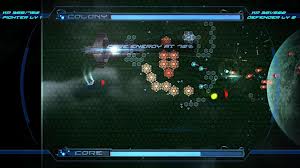 Now the story is pretty cliched and the writing leaves a lot to be desired. It all feels pretty clunky. But the gameplay is brilliant in the campaign mode, so stick with it! There does sometimes seem to be a little too much going on on the screen, for example some enemies seem to carry on exploding for ages after their death, leaving bright fireworks burning into your retinas. The HUD gets quite crowded at points too, but none of these points in my eyes are a game-killer.
Everyone loves a good twin-stick shooter, even if only for five minutes. Some of the modes available on this game are fun for about that length of time, but honestly the campaign in my eyes makes up for that. There is a lot of variety offered in the campaign. The two different classes are really good and offer up slightly different challenges in the ways in which you will complete the level.
The multiplayer option on this game s also good. As you'll be aware if you read my blog regularly I'm a big fan of any game that allows four of us to play!
Overall I'd definitely say try this game. Anyone can enjoy a twin-stick shooter, and the extra bit of strategy involved in this game makes it a little more interesting. It's not amazing by any means but for 80MSP you really cannot complain, you're getting a lot of game for that amount and a lot of fun into the bargain!