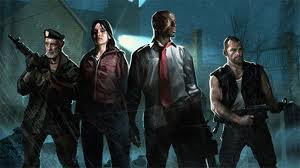 This is something that has bugged me for awhile now. We can play with SO many people online so why can't more games include a four-player local multiplayer option?

You see I do love to play games on my own. I'm 150+ hours into my Skyrim play through and I love it. There is nothing better than sinking a few hours into a game once everything you need to do is done. Totally immersing yourself in a new world for however long. But once or twice a week my best friends come round and for awhile now we have found ourselves struggling for four player games to play together. There really isn't all that many, and it sucks! 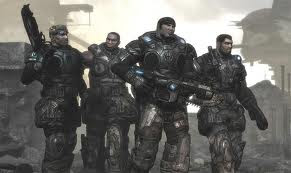 Now I'm not expecting all games to suddenly start making their multiplayer four player on one console. We're lucky enough to have a set up that includes two Xbox's and in some cases two copies of the game. Gears of War 3 is the most recent example. At midnight I queued up at our local GAME store and picked up the Gears console and a Special Edition of the game too. We KNEW this one would be a great one to play together. All of us have totally immersed ourselves into the Gears universe, with me championing the novels by Karen Traviss to anybody who will listen to me. This game was special. And it had the four-player co-op we were always looking for. For the next couple of weeks we played through the Insane campaign together, wave after wave of Horde and Beast mode. It was great. Leaving Gears behind one night to play on something else we suddenly hit a brick wall. Aside from multiplayer CoD, Project Gotham and a few others there weren't much for us to get our teeth into.

There are many games that claim to be four-player co-op or competitive. Look a little closer though and most of the time this requires two consoles and two copies which alone will set you back £80/$120 if bought new. Left for Dead champions itself as four player co-op...online only, absolutely useless when there was only one copy knocking about. Whilst we all love CoD we don't always just want to keep killing each other. It's great to play as a team to reach a common goal.

So we turned to XBLA titles. Games like South Park Tower Defense Go! got us through one dry spell.  After completing this we were back to scouring the XBLA market for more four-player goodies. Platformers, Beat 'em ups, we didn't care, we just wanted something that wouldn't leave two of us watching the others. This lead to a massive increase in our XBLA Games count. My partner and I are now rocking a game collection of well over 400 games, most of which are, unfortunately two-player co-op at most. 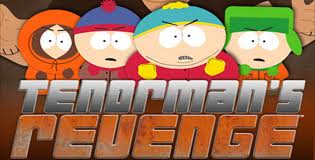 Spelunky is one that has us hooked at the minute. Pick up and play platforming goodness at it's best. Working as a team we might just make it through the ice caves, individually we're all pretty rubbish. South Park Tenorman's Revenge is waiting in the wings for when we're just too annoyed at Spelunky. Fable Heroes and Castle Crashers are other good ones. But they are, whilst amazing for awhile, all lacking in something...a story driven narrative that FOUR people can enjoy.

With all the military games that come out now, you would really think that four-player co-op campaign, whether online or on console would be more prevalent. But they're not. For a generation of consoles that has the internet at it's disposal they sure are harping back to solitary games quite a lot. When multiplayer is a feature it's often pretty underwhelming. I'm calling for more developers to remember that many of us would love to enjoy a story-driven campaign as part of a team.